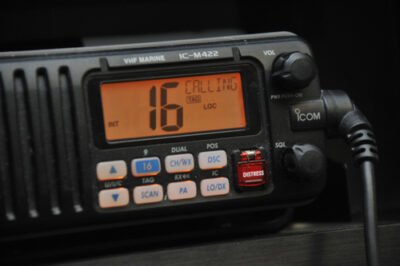 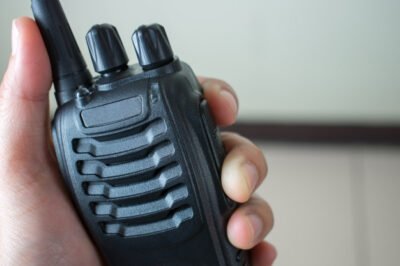 Radio is the technology of signaling and communicating using radio waves. Radio waves are electromagnetic waves of frequency between 30 hertz (Hz) and 300 gigahertz (GHz). They are generated by an electronic device called a transmitter connected to an antenna which radiates the waves, and received by a radio receiver connected to another antenna. Radio is very widely used in modern technology, in radio communication, radar, radio navigation, remote control, remote sensing and other applications.

There are many type of Radio communications, but the most common are Trunking, Tetra & DMR. Each organization require specific type of Radio that fit their requirements, and almost all countries will require licenses to use the products.

Digital selective calling UHF-VHF-FM marine-band radio, radios allow for a digital transfer between radios versus voice transmission which allows mariners to instantly
send an automatically formatted distress alert to the Coast Guard, provided the radio is registered with a Maritime Mobile Service Identity number and connected to a compatible GPS unit.

Most today radios can be integrated with various protocol and communications, such locating the radio users, or inter-connecting to PBX system for trunking purpose, and an special features called man-down alert, and more.

We study the client requirements then build the right solutions that fit their needs.